New terminal to more than triple capacity of Kutaisi Airport 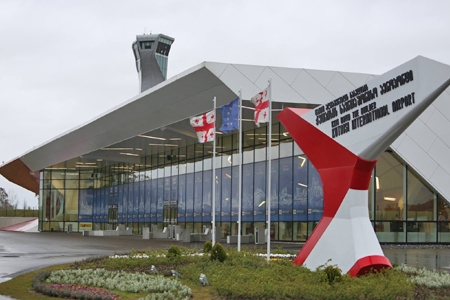 New terminal to more than triple capacity of Kutaisi Airport

The construction of a new terminal in Kutaisi international Airport will be completed by the end of 2019.

The more than 24,000 square meter building will be three times larger than the already existing terminal.

“Over the first ten months of this year we have already received 512,000 passengers in Kutaisi Airport. 52% of them are foreigners coming to Georgia as tourists and of course we are interested in keeping this number growing”, Akaki Sagirashvili, the Deputy Minister of Economy said while visiting the terminal building construction site yesterday.

Currently the Kutaisi International Airport is capable of serving 300 people an hour. After the second terminal starts working, the airport will have seven gates, and its capacity will rise to serving 1,000 people an hour.